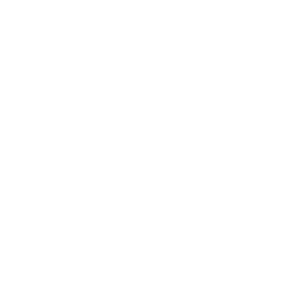 USA TODAY – Before making the decision to buy, people shopping for homes consider hundreds of factors. They include location of the house, the school district, size of the lot and also interior features. Most buyers insist on a house that grants most of their wishes, but shoppers often settle for a house without getting everything they want.

When it comes to certain interior features, many are willing to spend thousands of dollars above the price of the home to have them included. At least 60% of buyers said they would be willing to pay more for central air conditioning, new kitchen appliances and a walk-in closet in the master bedroom if they did not already have these features.

Many of the features homeowners desire involve the kitchen. They include stainless steel appliances and a kitchen island. The kitchen is a major focal point for home buyers, said Errol Samuelson, president of Realtor.com. 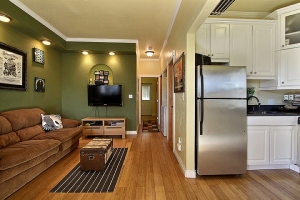 “People, in general, have shown more interest in having big and beautiful kitchens, and the kitchen is acting as an informal gathering place,” Samuelson said in an interview with 24/7 Wall St. “We have gone from the ’70s where it was about Hamburger Helper … and now we’ve got the Food Network where people are more interested in exploring cooking.”

The desirability of some characteristics vary depending on the home buyers’ age. In the survey, more people age 35 to 54 found the internal features of a house to be very important in making a decision than any other age group. When people are younger and buying their first home, they are primarily interested in jumping into the real estate market to build equity, and the features are less important, Samuelson said. “For the younger demographic, home is a place to sleep and a place to store your clothes, but you are out all the time,” he said.

When people get older, settle down with a spouse and start raising a family, they still consider the home and its features as investments. However, they often start to build more of a connection with the house, and the details of the home become important to improving quality of life in the home, and less so for long-term investment. The house becomes a “personalized area that separates [the occupants] from the outside world,” Samuelson said.

The features described are not necessarily the most important deciding factor for potential home buyers, Brendon DeSimone, a Realtor and real estate expert with Zillow, told 24/7 Wall St. When looking at house, he said, the first things people consider are factors such as the neighborhood, the school district and the difficulty of the commute to work.

“Everything starts with location,” DeSimone said in an interview. “You can have the best house in the world, but if it’s not in the neighborhood and school district where everyone wants to live, you are just not going to look at it.”

Using data from the National Association of Realtors, 24/7 Wall St. reviewed the 11 features that most homeowners were willing to pay more for. We also looked at the median amount that these people would be willing to pay to obtain that feature. In addition, we looked at data from the National Association of Realtors about whether prospective home buyers found certain features to be very important. That information was further broken down by factors such as home buyers’ age, whether they were looking to move into a new or previously owned home, and whether someone was a first-time or repeat buyer.

Based on those factors, here are the 11 most desirable home features:

Some 40% of home buyers without a fireplace said they would spend additional money for at least one and cough up an extra $1,400. The fireplace, while always popular, was less necessary when several TVs were going in the house all at once, Samuelson said. But he speculated that having a home with fireplaces may become more popular in the future as people spend less time watching TV and more time on tablets and e-readers. These people may find the fireplace a good place to cozy up and use their devices, he said.

The people most interested in an eat-in kitchen tend to be in the 35-to-54 age range, with 30% of those prospective home buyers indicating this is “very important” in a house. Meanwhile, just 21% of those under 35 years of age and 20% over 55 feel the same way. More people, especially those who are raising families, want kitchens that look into family entertainment rooms. Some have even made it a family hangout by placing big-screen TVs and other electronics in the kitchen. “Buyers who are in families want to be in one space and do it all,” DeSimone said.

Some people simply want a newer home. For those willing to pay more for a newer home, the median that people would dole out was more than $5,000. Although this is a lot of money compared to most features, that money could be a wise investment in the long run. Maintenance costs are considerably less in newer homes compared to older homes, Samuelson pointed out. He also noted that newer homes tend to be much more efficient, attracting people who are environmentally conscious.

Kitchen islands are most important to people ages 35 to 54, with 24% indicating that it is a “very important” characteristic. Just 19% of people under 35 and 13% over 55 considered this feature important. DeSimone noted that kitchen islands often come in handy for those who are raising a family. It provides additional room to put out food for the family and allows the kitchen to become more organized. Although the desire for a kitchen island is high, those who do not have one but want one are only willing to shell out $1,370, less than most other features.

Once again, the ensuite master bathroom tends to be more important to people ages 35 and older. “It kind of goes to the ‘home is my sanctuary’ mentality,” Samuelson said. This, along with a walk-in closet in the master bedroom, has become more important in the past 10 years or so. Many people are eager to make their bathroom more “homey” by doing things such as installing televisions on the wall. The fact that many master bathrooms have two sinks is also an appealing option for married couples, Samuelson added.

Some 25% of buyers under the age of 35, and 28% of those between 35 and 54, considered hardwood floors “very important” when looking for a home. Only 17% of people ages 55 and up felt the same way. In previous generations, homes with carpets were considered better in order to conserve energy, DeSimone said. Even today, older people are more likely to feel more comfortable with carpeting because the insulation makes the home a little bit warmer. But for younger people looking to have many guests at the house and for people with children, hardwood floors are desirable because they are easier to clean than carpets.

A whopping 60% of homeowners were willing to pay extra for a walk-in closet in the master bedroom, with 44% of people between the ages of 35 and 54 viewing this feature as “very important,” compared to just 35% under the age of 35 and 36% of people 55 and older. DeSimone said the walk-in closet is desired for two main reasons: space and status. The space is very desirable for people as they get older and acquire more clothes, allowing people to be more organized. Having a walk-in closet in the master bedroom is also a status symbol. When giving a house tour, DeSimone said, people want to say, “Hey, check out my closet,” in the same way they say, “Hey, have you seen my new kitchen?”

About 69% of homeowners said they were willing to spend more money for new kitchen appliances. Unsurprisingly, people who are looking to buy a new home find this far more important than people who are eyeing previously owned homes. People who are the first to live in a specific house tend to want everything to be new in the house because they consider the house truly “their own,” DeSimone said. People also do not want to have to deal with the stress of broken appliances. “They don’t want to come home after a horrible stressful day at work and find the dishwasher isn’t working or the fridge is making noises.”